Fluorobot – the world”s only dedicated robotic microscope for TB screening – shown publicly at the 44th International Conference on Lung Health in Paris, with huge success and live response.

Fluorobot, being a unique innovation in automating smear microscopy and introducing reproducability, standardisation and archiving possibilities for telediagnosis, QC and archiving, has been exhibited by ConsultASK at the 44th World Conference on Lung Health, held in Paris from the 30th October to the 3rd November, at the Palais des Congres in Paris. 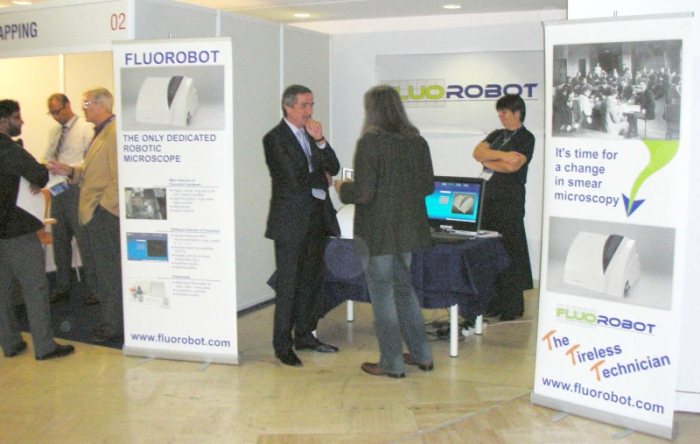 The visitors at the booth have confirmed the conviction of the development team, concerning the necessity and room for such an instrument on the TB diagnosis market. Especially now, that the access to diagnosis and treatment is still representing a huge challenge to the stakeholders of this society, and the long term role of microscopy has been repeatedly confirmed by professionals. As it has been stated earlier in a publication, „ For better or worse Microscopy is to stay”. And we have been busy during the past years to deliver the „better” solution to the problem, which has been appreciated by all visitors at the booth.

The need for increasing the accuracy, reproducability and Quality Control capability of smear microscopy is further accentuated with the difficulties and sustainability of rolling out highly accurate but costly new technologies, conformly to earlier expectations – as it has been heard in several sessions during the conference. Not only could it be stated, that the role of microscopy was strengthened during the conference, but the fact that we could hear announcements and see different approaches from other teams, to solve the same problem, proves that there are a number of efforts worldwide, believing in the potential of such an instrument.

Fluorobot, has the best chances of succeeding to be rolled out in reasonable quantities to this market being the only dedicated robotic solution, affordable, robust and with a remarkably small footprint. These major guidelines, followed during the „frugal engineering” process followed by the development team, were highly appreciated by potential end users, coming from the targeted high burden, low-income settings. 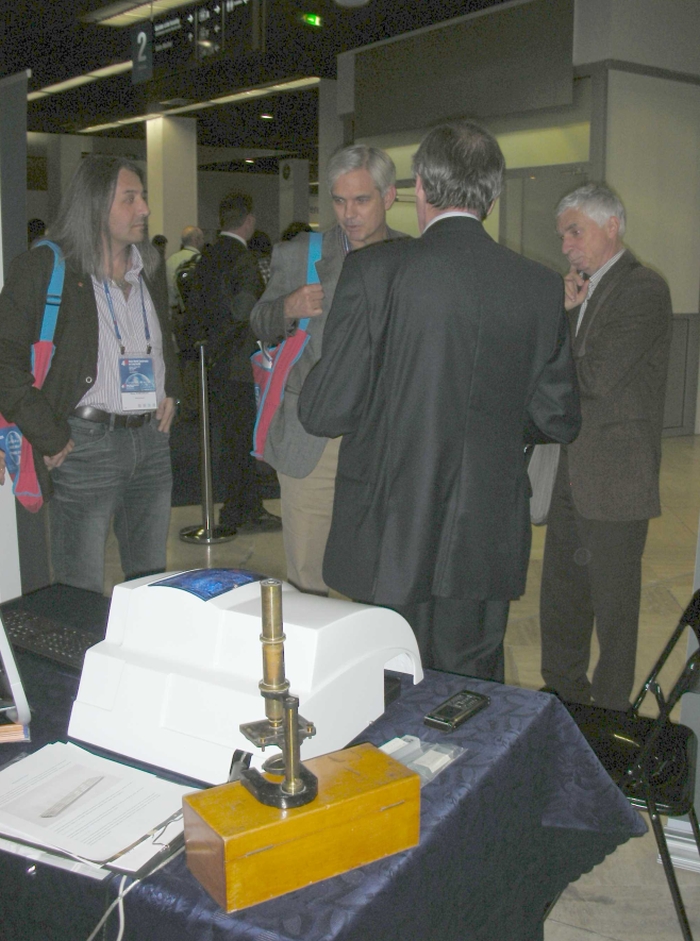 Highly recognised members of the scientific and medical community, some of whom were familiar with earlier phases of the project, have acknowledged with satisfaction the fact that we have managed to bring the project this far, one step from the final product in its actual state. 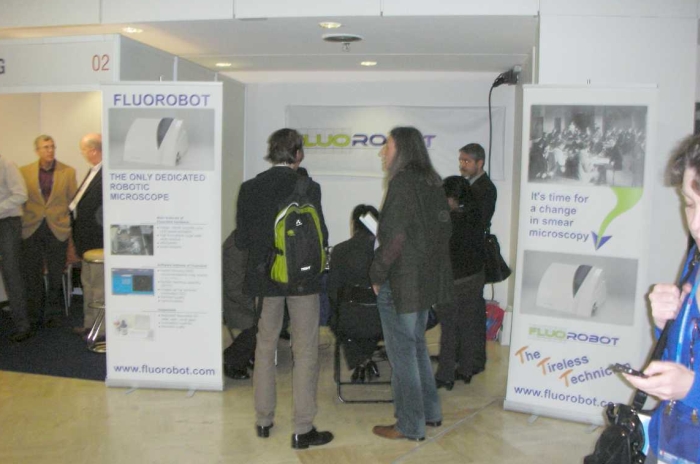 As we have communicated earlier, our first independent validation study is under way, and is expected to deliver results before the end of the year. With the guidance of Dr. Ruesch-Gerdes and Dr. Somoskövi we have started planning the next independent huge sample validation study, in a Central European National Reference Laboratory, to be started right after the running one.

The exhibited technology has also captured the interest of a number of participants, who have not been familiar with the project earlier, and will hopefully lead to a high number of applicants who would like to see it rolled out in their environment. We have initiated promising negotiations with some major players of the TB Diagnostic market, and have also entered into discussions potentially leading to new partnership arrangements.

We would like to express our thanks to all visitors who have taken the time to stop by, and to all advices, participation offers in studies and offers including the instrument in field studies. We hope to deliver soon and fulfill all expectations outlined during the fruitful discussions.