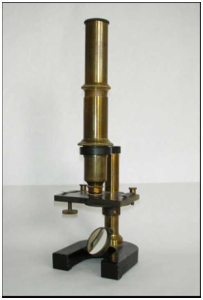 Worldwide, the most common diagnostic test used to detect tuberculosis is microscopic examination of stained sputum or other clinical material smeared on a glass slide. When present in sufficiently high concentrations, the bacteria can be readily identified by a trained technician using this technique, which has changed little since it was invented over 100 years ago. Microscopy is cheap to perform, specific enough to indicate treatment in countries where TB is prevalent, and can be completed within hours if necessary. Microscopy requires a large number of bacilli to be present in order for the result to be positive (5000–10,000 per ml of sputum), and identifies the most infectious subset of patients. Certain groups of patients, such as those with advanced HIV co infection, people with tuberculosis outside the lungs, and children, are usually sputum smear-negative. 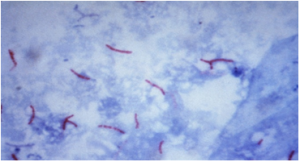 •         The fastest and cheapest available method 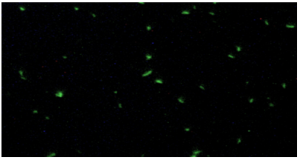 The inherent low sensitivity of the test is compounded by the conditions under which it is commonly performed: poor equipment, heavy workload, and inexpert or unmotivated staff. The proportion of cases detected by microscopy is often as low as 40-50% of all cases. Duplicate or triplicate sputum examinations are requested to help overcome this problem. This need for multiple tests, each of which requires sputum collection, drying, staining and meticulous examination, results in delays in reporting and a relatively large number of patients do not complete the testing or are lost to the health care system despite having a positive test. Several methods are in use that may increase the speed or sensitivity of microscopy somewhat, including the use of fluorescence microscopes. Because of the greater cost of the necessary equipment, traditional (gas lamp) fluorescence microscopes are used primarily in industrialized countries.

Fluorescence microscopy has several advantages over light microscopy using ZN staining and is widely used in most developed nations. The fluorochrome staining procedure used is simpler then that of ZN staining, and FM has approximately 10% higher sensitivity for detecting AFB bacilii. One of the most important advantage is that FM can be examined at lower magnification then ZN (30 – 60 vs. 100x) slides are read more quickly and efficiently with FM, a considerable time gain may be achieved. This advantage is very important for overburdened laboratory settings in many low-resource settings.

Unfortunately it is these low-resource settings where FM has failed to be widely implemented. A simple explanation for this is the high cost of conventional mercury vapor (MV) fluorescent microscopes, even if there is a considerable saving with the use of these due to the higher sensitivity and greater time efficiency. MV fluorescent microscopes require significant maintenance, must be kept in clean environment, the bulbs, despite their high costs,  have a limited lifespan (200 h) which is further shortened by fluctuating power supply and they also pose a toxic hazard if broken. User acceptance was further worsened by concerns regarding the production of UV light, heat production and the requirement to work in a dark room.

Recently it has been demonstrated that low cost ultra bright Light Emitting Diodes (LEDs) could be a viable alternative to MV lamps used in FM. LEDs can produce very narrow spectrum light and are able to excite auramine and other commonly used fluorescent stains without the production of UV light. LEDs have an expected lifetime of up to 50,000 h (compared with 200 h for a conventional mercury bulb), produce minimal heat and contain no hazardous material. Power consumption is much lower, to the point where portable battery operation or solar power is feasible. Finally it is proved that image quality remains good even without the use of a darkroom, which is a significant advantage where space constraints and lack of air conditioning are important barriers to user acceptance.

The recently published WHO policy statements endorse the use of LED microscopy (a new technology in this field) and suggest to replace min. 20% of existing bright field microscopy equipments by 2015