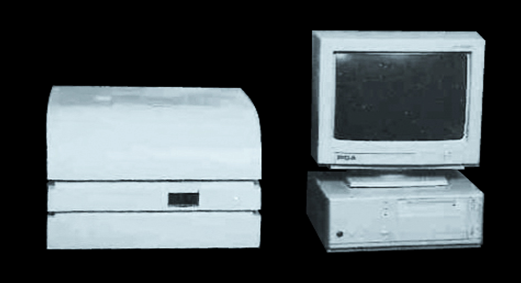 The management of ASK (who were the founders of ConsultASK in 1999) were approached by the Semmelweiss University of Medicine Department of Respiratory Medicine in 1995 ( Dr. Ákos Somoskövi, Prof. Magyar) to develop an automated robot microscope with imaging for detection of AFB in fluorescent stained sputum smears, based on the reputation obtained in robotic light microscopy with successful projects such as the urine sediment analyzer, Seditron.

A prototype was developed in 1996, and a clinical study at the University Laboratory was conducted with 132 + 107 smears, parallelly tested with Ziehl-Neelsen staining and manual microscopy.

Smears of specimens and liquid media stained by the ZN method were examined at 1000_immersion magnification, three sweeps being made along the longest dimension.

All auramine-O stained AFB-positive smears were restained by the ZN method to determine the accuracy of the examination.